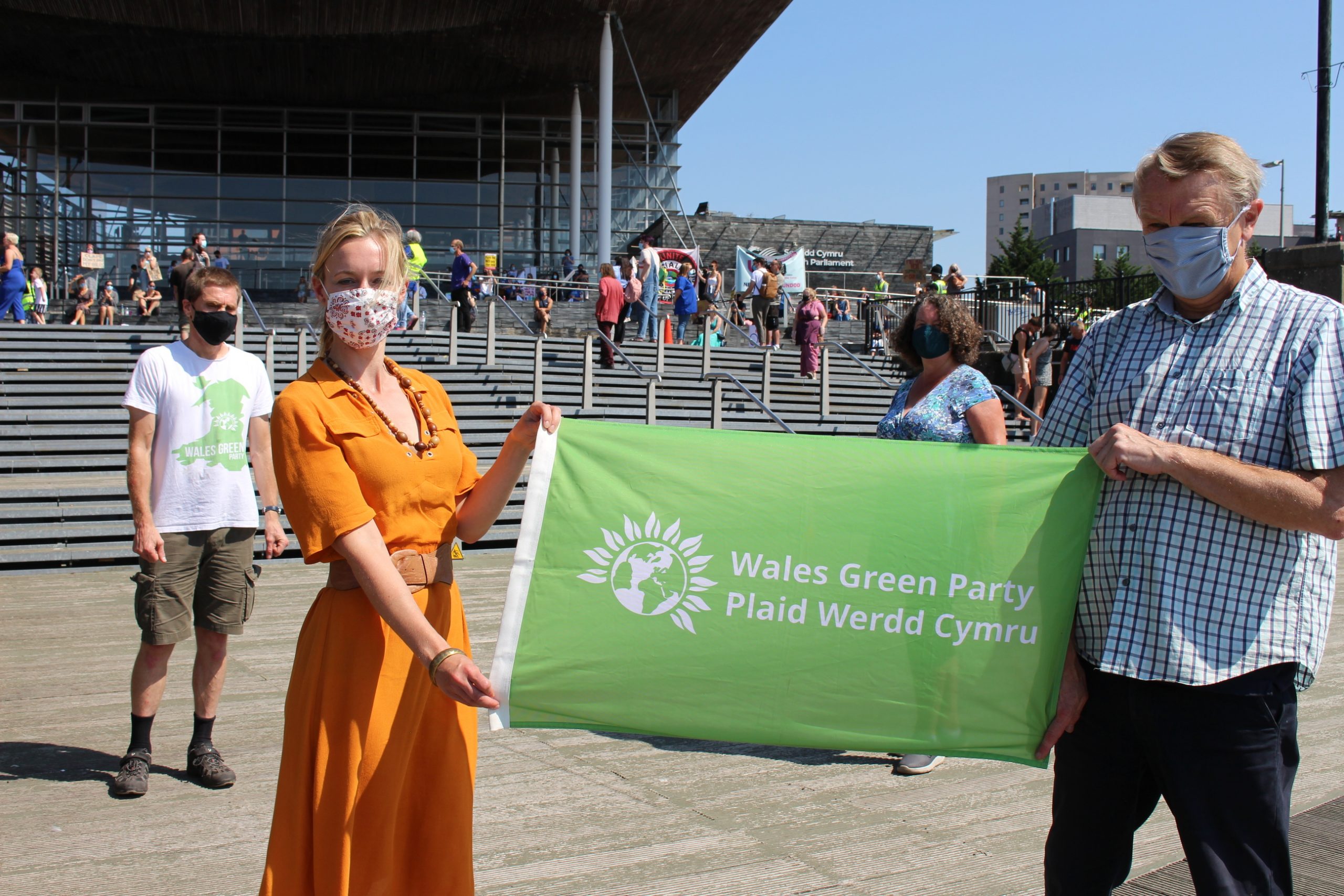 Following a ballot of members in the region, Wales Green Party has announced that party Leader Anthony Slaughter will be the lead candidate on the South Wales Central regional list in next year’s Senedd election when the party is aiming to make a historic breakthrough by winning its first seats in the Senedd.

Anthony Slaughter was elected Leader of Wales Green Party in 2018 and has previously served two terms as Deputy. Anthony has lived in the Vale of Glamorgan for 16 years and has extensive experience of campaigning for environmental and social justice. He has been a candidate for elections at every level of government and his work has significantly grown the party’s vote share and visibility across the region.

Anthony said, ‘This election is taking place in challenging times. Growing awareness of the urgency of the Climate Emergency together with the global Covid pandemic, which has exposed the serious structural flaws in our society, highlight the damaging failure of ‘Business as Usual’ politics.

This is why our radical Green voice is so crucial. Our vision of a just, sustainable society is truly transformative, it is the change the planet and our communities are crying out for. Next year is our opportunity to get our Green message heard across the country and get the elected Green representation that Wales so desperately needs.’

Helen Westhead, Cardiff resident and local party activist, is second on the list for South Wales Central. Helen is an Environmental Consultant who works on policy and strategy to drive decarbonisation. She has previously stood as a candidate in council elections and is engaged with underrepresented groups on equality, diversity and inclusion issues.

Helen said’ ‘We are at a pivotal moment in human history. We must rebuild our fragile economy based on climate and social justice. I believe that Greens have an obligation to step up, be bold and be heard. The global pandemic is a wake-up call. It has shown us that society is strong, that we can act quickly, and that we can make greener choices. Wales has a strong foundation for a green recovery in the Well-being of Future Generations Act but must now take further decisive action.

Cardiff based engineer David Griffin is the third candidate on the list. David joined the Green Party a few years ago inspired by his children who are actively engaged with the youth climate strike movement. David was the Green Party candidate for Cardiff West in the 2019 General Election and also stood in a Cardiff Council by-election earlier in 2019.

David said, ‘The Covid crisis has shown us that large interventions are possible once a government recognises a crisis is real, and that society isn't resilient unless everyone has a secure basic income to fall back on in times of severe disruption.  But in the post COVID19 slowdown, these messages could easily be forgotten as the big political parties return to their normal behaviour, neglecting the climate emergency and social justice in favour of an outsized focus on economic growth.

In 2021 we have a real chance to add a Green voice to the Senedd, and keep the most important long term issues front and centre, and to make sure the Welsh Government lives up to the promise it has made to Future Generations.’

Cardiff Green Party member Debra Cooper is the fourth candidate on the list. Debra has worked in primary and secondary education for 35 years and is a trained Forest School Practitioner. She has also worked closely with the Ethnic Minority and Traveller Achievement Service and in Special Education. Debra is currently drafting an updated Education Policy for Wales Green Party.

Debra said, ‘In recent months much has been said, and indeed felt about the meltdown of the economy and the climate crisis we now most certainly face. We recognise that the power to address this must be taken into our own hands. We do this with our vote to influence change within Welsh Government. We do this with our individual actions. We have to change how our Welsh Government thinks. A vote for Wales Green Party has never been more vital.

Greens will invest in people, creating jobs and apprenticeships which prepare for the future of our nation and lives worth living. Wales Green Party will support socially responsible small businesses, and job creators. We will position Wales globally, whilst building a resilient economy and protecting our environment.’

Wales Green Party will be standing candidates in all eight constituencies in the South Wales Central Region. These candidates will be announced in the coming months.